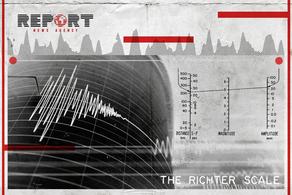 Underground pushes were observed at a depth of 10 kilometers from the earth's surface. Strong fluctuations were felt throughout Albania.

Soldiers and rescuers are trying to help the injured out of ruins.

The walls of the houses were damaged as a result of the earthquake, a restaurant in West Durres was destroyed, along with about 150 buildings. Hundreds have already visited hospitals.

The earthquake in September damaged hundreds of homes in Albania.