A record number of tombs found in Egypt 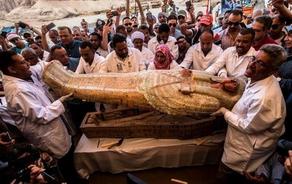 In Egypt, in the city of Luxor 30 tombs containing mummies were found.

According to Mostafa Waziri, Secretary General of the Supreme Council of Antiquities of Egypt this discovery is the largest in the last 100 years.

The age of the tombs exceeds 3,000 years. Waziri said that the remains belong to men, women and two children from the middle class.

Archaeologists say the mummies of children are very rare and need further research.

The findings will be put in the Grand Egyptian Museum, which will open in late 2020.