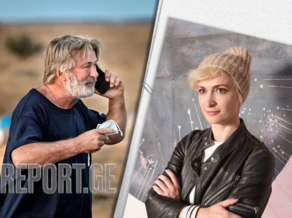 "There are no words to convey my shock and sadness regarding the tragic accident that took the life of Halyna Hutchins, a wife, mother and deeply admired colleague of ours," he tweeted. "I'm fully cooperating with the police investigation to address how this tragedy occurred and I am in touch with her husband, offering my support to him and his family. My heart is broken for her husband, their son, and all who knew and loved Halyna."

A woman has died and a man has been injured after actor Alec Baldwin fired a prop gun on a New Mexico film set for the 19th Century western Rust.

Halyna Hutchins, 42, was shot while working on the set as director of photography. She was flown to hospital by helicopter but died of her injuries.

The man, 48-year-old director Joel Souza, was taken from the scene at Bonanza Creek Ranch by ambulance and was soon discharged.