Armenia is not England to issue similar overstatements: Guram Markhulia 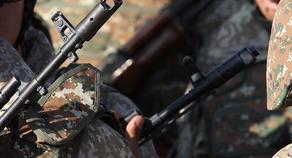 Tovuz's developments showed that Armenian soldiers ran from the battlefield; plus, Armenian bloggers themselves write that "dedovshchina" constitutes a serious issue in their army. They have very little to boast of, Guram Markhulia, President of the "Caucasus International Center for the Study of Geohistory and Geopolitics" commented on Armenian President Armen Sarkissian's statement saying that Armenia has the strongest army in the entire Southern Caucasus.

"The Armenian army is actually Russia's sub-unit and is not worth anything without Russia. Armenian army is just one of the remnants of the Soviet Union, supplied with Russia's obsolete equipment, which enables this country to maintain the status quo.

Armenia is not England to issue similar overstatements," Markhulia said, adding that the recent developments do not suit Azerbaijan, for oil and gas pipelines pass the Tovuz region. "Azerbaijan has recently signed the agreement on supplying European states with natural gas, with the project envisaging the provision of Europe with gas via Georgia. Clearly, the third country has played a role in triggering the conflict here.

As of the Azerbaijani army, Azerbaijani authorities have modernized it and, in fact, it is now equipped with the latest missiles, tanks and equipment from England and Israel. In a few days, it can seize not only Karabakh, but they are abstaining from this since they know that Russian geopolitical influence is strong there. Additionally, Turkish troops are also deployed in Azerbaijan," the expert says.

Armenian President Armen Sarkissian and Prime Minister Nikol Pashinyan have conducted a working meeting, at which, among other issues, they discussed the existing situation at the Armenia-Azerbaijan border.

At the meeting, the Armenian leader declared that the Tovuz military conflict once again proved that Armenia's army is the strongest in the entire Southern Caucasus, and defeating it is impossible. "The army is not only ammunition, discipline or military capabilities; it is fighting spirit, which is owned by no one else in the region," Sarkissian said.