Azerbaijan appeals to UN regarding involvement of foreign terrorists by Armenia 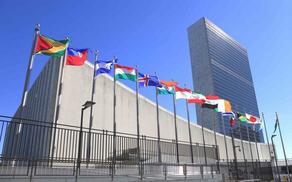 The letter to the Secretary-General contains information on the deployment of terrorists in Azerbaijan's occupied territories from the Middle East - Iraq, Lebanon, and Syria.

The letter states that Armenia has set up training camps for terrorist organizations RKK and ASALA.

Based on intelligence data, the letter mentions the number of Armenian settlers and terrorists in Karabakh, the salaries paid to the mercenaries, their names, and other information.