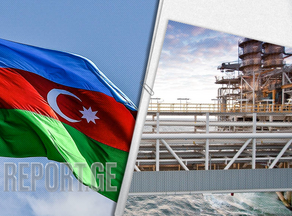 September 20 marks the 27th anniversary of signing the "Contract of the Century" in Azerbaijan.

The contract was signed on September 20, 1994, at the Gulistan Palace in Baku by 11 large companies. These are representatives of 8 countries that specialize in oil production.

The "Contract of the Century" was ratified by the Milli Mejlis and entered into force on December 12, 1994. 80% of the revenue under the contract remains with Azerbaijan, and the remaining 20% with investment companies.

According to the contract, three oil fields, "Azeri," "Chirag," and "Gunashli," were developed in the Caspian Sea. Due to the fact that the project was very important, it was called the "Contract of the Century." It entered the list of the largest agreements, both in terms of the number of hydrocarbon reserves and the total volume of investments.

On August 16, 2001, the President of Azerbaijan, Heydar Aliyev, signed an order declaring September 20, the day of the signing of the "Contract of the Century," as the Day of Oil Workers in Azerbaijan.