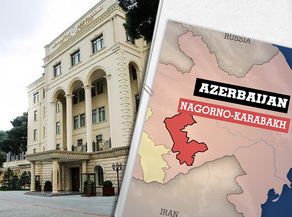 The Press Office of the Ministry of Defence of Azerbaijan has released a video that shows the destruction of Armenian military men and equipment.

The body also informs that on 20 October evening, the Air Defense Units of Azerbaijan destroyed the UAV of the Armenian armed forces in the vicinity of Ganja.

Additionally, at around 19:30, the air defense units of the Azerbaijani Air Forces shot down the UAV of the Armenian armed forces over Tapgaragoyunlu village of Goranboy region.

The Azerbaijani armed forces also destroyed units of the Armenian army in the battles near Polatlı.