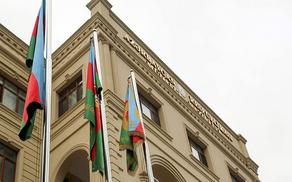 Under the State Service for Mobilization and the call for Azerbaijan's military service, there is no need to declare a general mobilization connected with the events in Nagorno-Karabakh, local media report.

Following the authority, there are numerous appeals from citizens expressing their readiness and desire to go to the front and take part in hostilities voluntarily. The civil service expresses its gratitude to citizens.

"The protection of the territorial integrity of the Republic of Azerbaijan is ensured by the Azerbaijani army. If necessary, those in reserve liable for military service following the law's requirements can be summoned to the local structural divisions of the service and involved in inappropriate measures to ensure the protection of the country and the security of the state. However, currently, there is no such need," the statement reads.