Azerbaijani President pledges 30-year occupation to be over 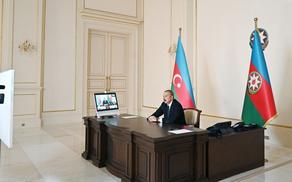 President of the Republic of Azerbaijan Ilham Aliyev headed a meeting of the Security Council in connection with the aggravation of Karabakh's situation, Azerbaijani media say.

In his words, Armenia was preparing for this provocation for a long time, and it plans to launch a new war.

"We must stop the aggressor,'' he claimed.

"Armenians want to cause panic among the Azerbaijani public, citizens of Azerbaijan, people living in villages and cities along the front line by opening fire,'' Aliyev said.

"I believe that our successful counter-operation will take the occupation to the end,'' he concluded.