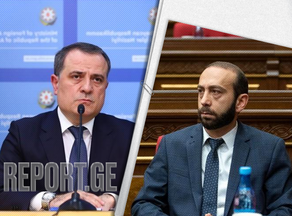 The Azerbaijani side considers it beneficial to discuss the issue of normalization of relations between Azerbaijan and Armenia in the post-conflict period.

According to Abdullayeva, serious attention should be paid to the implementation of joint statements signed by the leaders of the three countries. She said that the opening of communications, the start of negotiations on the delimitation of borders, can create a sound basis for our constructive progress in building lasting peace in the region.