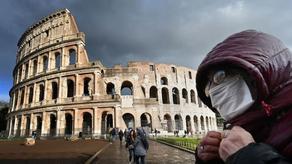 Italy reported 525 more deaths from the novel coronavirus, bringing the total number of fatalities to 22,170, but registering a further slowdown in the death rate. A total of 3,786 new cases were registered in the last 24 hours, with the total countrywide cases now standing at 168,941.

However, the slowing trend reported in the rise of infections supports the government's hopes that a peak of the contagion is nearing.

The number of recovered people also continued to surge, climbing to 40,164.

Ursula von der Leyen extended a 'heartfelt apology' to Italy on behalf of Europe, admitting that it had not been by its side since the beginning of the crisis.