Ebola epidemic back to Guinea? 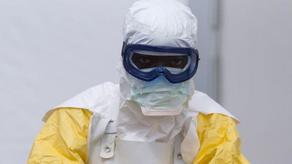 Three people have died from Ebola, and five more have been diagnosed with the disease in Guinea, BBC reports.

It says these are the first recorded deaths from the Ebola virus in Guinea since 2016.

In 2015, Guinea began vaccinating against the Ebola virus, and Africa defeated the epidemic.

A new case of Ebola virus infection was also reported in the Congo last week.