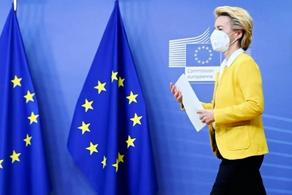 European leaders have called for an immediate international response after Belarus forced a Ryanair flight bound for Lithuania to land in Minsk on Sunday and arrested one of its passengers, a top opposition activist, The Financial Times reports.

European Commission president Ursula von der Leyen said that the forced landing was “utterly unacceptable” and called on Belarus to let all passengers travel safely to Vilnius. “Any violation of international air transport rules must bear consequences,” she wrote on Twitter.

It is utterly unacceptable to force @Ryanair flight from Athens to Vilnius to land in Minsk.

ALL passengers must be able to continue their travel to Vilnius immediately and their safety ensured.

Any violation of international air transport rules must bear consequences.

The office of Charles Michel, European Council president, said EU leaders would hold talks on “consequences and possible sanctions” at a summit already planned for Monday.

Nato secretary-general Jens Stoltenberg tweeted: “This is a serious and dangerous incident, which requires international investigation. The Belarusian authorities must ensure the safe return of the crew and all passengers to Vilnius.”

Dominic Raab, British foreign secretary, said the UK was “alarmed” at reports of the forced landing and Protasevich’s arrest, adding: “We are co-ordinating with our allies. This outlandish action by Lukashenko will have serious implications.”

Very concerned regarding reports of a forced landing of #Ryanair flight in Minsk.

We call on Belarus authorities to immediately release the flight and all its passengers.

An #ICAO investigation of the incident will be essential.

Lithuania’s president Gitanas Nauseda called for the activist’s swift release and said he would raise the matter at an EU summit on Monday. “I call on Nato and EU allies to immediately react to the threat posed to international civil aviation by the Belarus regime,” he said in a statement.

The Lithuanian foreign minister, Gabrielius Landsbergis, said he had spoken to Josep Borrell, the EU’s high representative for foreign affairs, describing the incident as an affront to the whole EU that must be addressed in the strongest possible terms.