For the first time in 70 years, a woman sentenced to death in the US 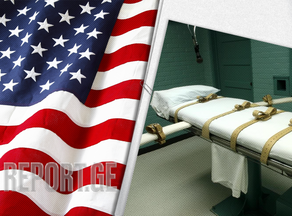 For the first time in almost 70 years, a woman has been sentenced to death by a U.S. Supreme Court ruling. According to the American media, Lisa Montgomery has been waiting for the execution of the sentence for many years.

Montgomery's lawyer said this was "an illegal and unnecessary revelation of authoritarian rule."

The woman is expected to be given a lethal injection.

It will be the first time since 1953 for a female prisoner to be sentenced to death.

Lisa Montgomery was arrested in 2004 for the murder of 23-year-old Bobbie Jo Stinnett. She strangled an 8-month-pregnant woman.