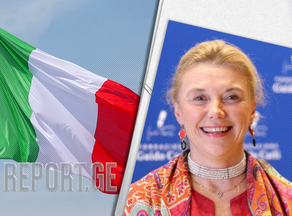 The 63-year-old Belloni's appointment was welcomed by Italian politicians, including the leader of the Lega party, Matteo Salvini.