Germany to use new antibody-based drug for COVID treatment 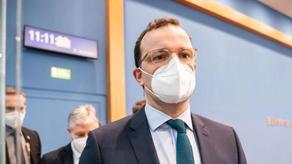 "Starting next week, the monoclonal antibodies will be used in Germany as the first country in the EU. Initially in university clinics," he said. "The federal government has bought 200,000 doses for €400 million ($487 million)."

Former US President Donald Trump was treated with antibody treatment after he was infected with the coronavirus last October, Spahn said.

"They act like a passive vaccination. Administering these antibodies in the early stages can help high-risk patients avoid a more serious progression," he added.

Trump, who was briefly hospitalized with the virus, was treated with the REGN-COV2 antibody cocktail from US company Regeneron.