Ilham Aliyev: Pashinyan himself made the decision to attack Ganja 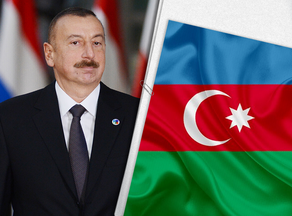 "According to our information, Pashinyan personally made this decision. His moral and psychological condition is agitated, and he makes inadequate decisions," Azerbaijani President Ilham Aliyev said in an interview with Haber Global.

"For example, they tried to re-occupy Hadrut several times. This morning, I found out that a large group of special forces from Armenia tried to re-occupy Hadrut tonight. However, from a strategic point of view, this had no great importance for Armenia. This group was neutralized. Armenia's sacrifices tonight are the result of Pashinyan's irresponsible and predatory policy," Aliyev said.

The President of Azerbaijan said that they hoped that the Nagorno-Karabakh issue would be resolved through political means, and the military phase was already over, but this did not happen.

"The ceasefire, which was supposed to be enacted at 12:00, got violated by the Armenian side. After that, a horrible crime was committed against the civil society at night. The city of Ganja was bombed from Tochka-U. As a result, civilians were killed and wounded. It is another manifestation of the ugly face of Armenian fascism. Now the Armenians of the world, their protectors and Islamophobic circles can no longer hide this crime," Aliyev said.