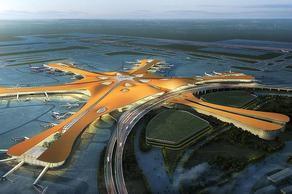 On the 70th anniversary of Chinese Republic a new huge international airport has been opened north of Beijing. The Daxing Airport was built according to architect Zaha Hadid's project.

The opening ceremony was attended by General Secretary of the Communist Party of China Xi Jinping.