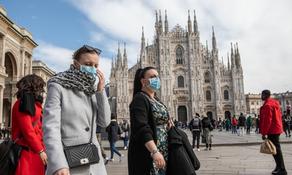 The number of people recovered from COVID-19 in last 24 hours stands at 2,723 with this being the highest number of recoveries since the outbreak began.

Isolation measure will reportedly be effective in Italy before 3 May, with some businesses having already opened.