Jeff Flake will be the new US Ambassador to Turkey 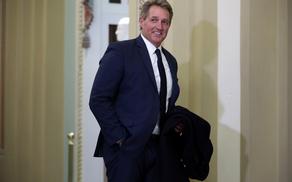 The US Senate has approved Jeff Flake as Ambassador to Turkey, DAILY SABAH writes.

In the near future, Flake will replace the current US Ambassador to Turkey, David M. Satterfield.

US President Joe Biden appointed Flake as ambassador in July 2021. After the Senate Foreign Relations Committee approved Flake's candidacy on October 20, the document was sent to the Senate General Assembly for a final vote.

Republican Flake, who backed Democratic candidate Biden in the 2020 presidential election, was an Arizona senator from 2013 to 2019 and a member of the House of Representatives from 2001 to 2013.