Lenin’s monument to be erected in Germany 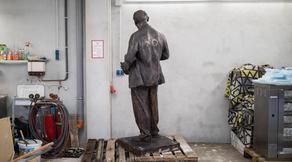 A monument to Vladimir Lenin was unveiled on June 20, in Gelsenkirchen city of Germany, reports German media.

The monument of 2 meters and 15 centimeters length belongs to the Marxist-Leninists’ Party of Germany. The Leftists’ Party was trying to erect the monument during the last two years. Initially, the city government prohibited the initiative. Later, the Gelsenkirchen regional court made the decision in their favor, annulling the previous prohibition.

The monument to Lenin will be placed in front of a historical building of architectural status.