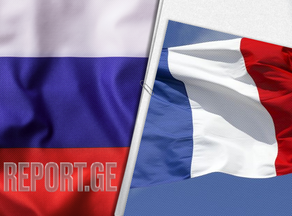 Russia and France secretly expelled their diplomats by the end of 2020, Les Echos reports based on reliable sources.

Reports say an employee of the Russian embassy's economic department in Paris was suspected of espionage and exiled.

Russia did the same and expelled a diplomat from the economic department of the French embassy in Moscow.

Les Echos says the operation was conducted in secret.