Man recovers from HIV in Brazil 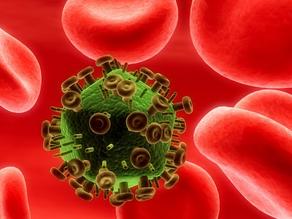 Brazilian doctors say their patient is the third person in the world to defeat HIV. The journal Science writes about the rare occasion.

According to the publication, a 36-year-old Brazilian man was named a "Saint-Paul's patient." The article reveals that according to the analysis conducted in March 2019, the course of treatment reduced the number of viral particles in the body to zero, after which they did not return to the patient's blood.

However, according to scientists, it is too early to talk about a final recovery, as a complete study of the lymph nodes and the patient's intestines is yet to be performed.

The publication notes that so far, only two people have been able to defeat HIV.