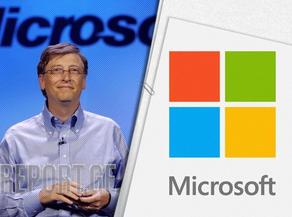 Microsoft executives had asked Bill Gates more than a decade ago to stop "inappropriate" emails to a female staffer in 2008 while he was still at the helm of the tech giant, a company spokesperson confirmed to The Hill on Monday.

The spokesperson confirmed a report from The Wall Street Journal, citing two people familiar with the matter, that said two Microsoft executives, then-General Counsel Brad Smith and then-Chief People Officer Lisa Brummel, met with Gates after the emails were sent and told him the behavior was inappropriate and needed to stop.

The philanthropist also reportedly asked the staffer to meet up outside of the Microsoft campus and outside of work hours. Gates didn't deny the exchanges, and told the executives in retrospect it wasn't a good idea and that he would stop.

Senior Microsoft executives learned of the emails in 2008, The New York Times reported.

Microsoft's board decided not to take any further action against Gates at the time, as it was found that there was no physical contact between him and the female staffer, the Journal reported.

“These emails proposed meeting outside of work and off campus,” a Microsoft spokesperson said to The Wall Street Journal. “While flirtatious, they were not overtly sexual, but were deemed to be inappropriate.”

A spokesperson for Gates told The Hill denied the reports.

“These claims are false, recycled rumors from sources who have no direct knowledge, and in some cases have significant conflicts of interest,” the spokesperson said.

The revelations come just months after Melinda Gates filed for divorce from the billionaire. The incident took place while the couple was still married.

The couple came together over the weekend at their daughter Jennifer’s wedding to Egyptian equestrian Nayel Nassar.

Bill Gates was a full-time employee at Microsoft until 2008 and served as chairman until 2014. He served on the Microsoft board from the founding of the company until he resigned from his seat in March 2020.

Earlier this year, Gates also admitted that his relationship with Jeffrey Epstein was a “huge mistake.”

Gates admitted to having “several dinners” with Epstein, who was found dead in his Manhattan jail cell after being charged with sex trafficking and conspiracy in 2019.

The Journal also reported earlier this year that multiple members of the board believed that Gates should resign from his leadership role at Microsoft after a woman wrote to the company in 2019 alleging a years-long affair with him.