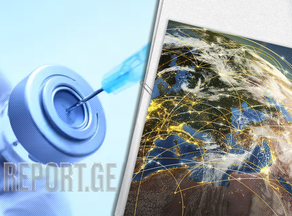 More than 9 billion doses of coronavirus vaccines have been used in 184 countries worldwide. The data is released by Bloomberg.

According to the same data, an average of 39 million people get vaccinated in the world every day.

China is the leader among countries in terms of vaccination. 2.7 billion doses have been administered here.

More than 1.43 billion vaccines have been received in India. More than 735 million doses of vaccine were used in the EU and 505 million in the US.