Most NATO countries prefer close ties with US instead of Russia 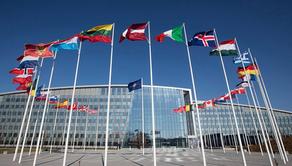 The population of NATO member states is more in favor of closer ties with the US than with Russia. According to a survey published by Pew Research Center, the only exceptions are Bulgaria and Slovakia.

According to the research, society in Western Europe, which claims that relations with the US are more important than with Russia, is more significant. For example, about 8 out of 10 people prefer close ties with the US in the UK and the Netherlands.

In Sweden, which is not a member of NATO, 71% support close ties with the US, and 11% support Russia.

In some countries, like Hungary, Poland, Slovakia, and Bulgaria, there are equal numbers. In Italy, Greece, the Czech Republic, and Lithuania, only 4 out of 10 people share this opinion.