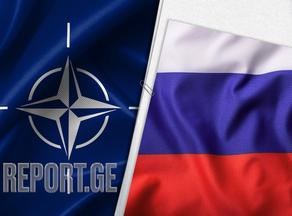 NATO has released a statement regarding Russia’s actions. The alliance calls on Russia to ensure free navigation in the Black Sea and Kerch Strait.

“We are concerned by reports that Russia plans to restrict access to parts of the Black Sea and the Kerch Strait. This would be an unjustified move, and part of a broader pattern of destabilizing behavior by Russia,” the NATO statement said. “We call on Russia to ensure free access to Ukrainian ports in the Sea of Azov, and allow freedom of navigation,’’ reads the statement released by NATO Spokesperson.

#Russia plans to restrict access to parts of #BlackSea & #Kerchstrait wld be unjustified move, part of broader pattern of destabilising behaviour. We call on Russia to allow freedom of navigation. #NATO Allies do not & will not recognise illegal annexation of #Crimea. #Ukraine pic.twitter.com/xzqo579arY