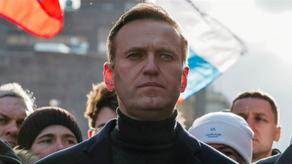 MOSCOW (REUTERS) - Russian opposition politician Alexei Navalny's bank accounts were frozen and his Moscow apartment seized under a lawsuit while he was recovering from a suspected poisoning in a Berlin hospital, his spokeswoman Kira Yarmysh said on Thursday.

"This means the flat cannot be sold, donated or mortgaged," Yarmysh said in a video posted on Twitter.

Navalny was flown from Russia to Berlin last month after falling ill on a domestic flight in Siberia. The West has demanded an explanation from the Kremlin, which has denied any involvement in the incident and said it has yet to see evidence of a crime.