New details on the case of 39 corpses found in UK 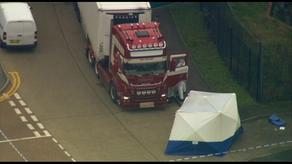 New details about the discovery of 39 corpses near London. According to British media, the dead were of Chinese origin.

According to police, the migrants were kept in inhumane conditions in the truck.

“The refrigerator temperature was -25 ° Celsius. During the 15-hour journey, 38 adults and 1 child were dying slowly and painfully from cold”, TV Channel Hue writes.

According to the DailyMail, people were not even allowed to go to the toilet. The passengers had no chance of survival, no one heard their screams.

British police found 39 bodies in the truck, including one minor. A 25-year-old Irish driver is arrested. In Northern Ireland, two homes linked to the suspect are being searched.