On the anniversary of the war, the President of Azerbaijan addresses population 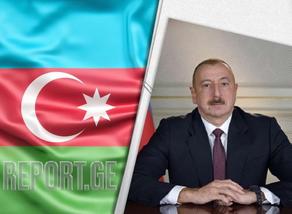 "Dear fellow countrymen. Exactly one year ago, Armenia committed a military provocation against Azerbaijan and fired on our battle positions and residential areas," President of Azerbaijan, Ilham Aliyev, said in his address to the nation. The local media reports.

He said civilians and soldiers were killed in the shooting.

"In response to this bloody crime, the Azerbaijani Army launched a large-scale counter-offensive on my order and won a complete victory in the second Karabakh war, which lasted 44 days," he said.

According to Aliyev, the conflict was resolved through military-political means; the Nagorno-Karabakh conflict has been consigned to history.

"There is no administrative territory called "Nagorno-Karabakh" in Azerbaijan," the President of Azerbaijan stated.