One killed and one injured in explosion at Ukraine hospital 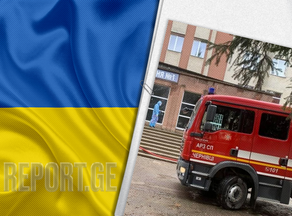 One person was killed and another wounded in an oxygen explosion at a hospital in the western Ukrainian city of Chernivtsi, Ukraine’s emergency service said on Saturday, Reuters reports.

The explosion occurred on the second floor of the hospital at lunchtime on Saturday and 20 people were evacuated, the service said in a statement, which did not specify the cause of the incident.