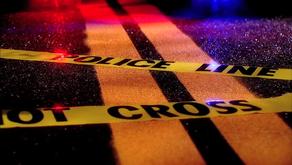 Kenyan police killed two kids during the special operation targeted to the arrest of the children’s father, informs ABC New.

Based on the police report, the man was associated with Al Qaeda, and he was using his children as a “live shield.”

Reportedly, on Friday night, police went to Muhammed Mappentz’s house in search of guns. Al Shabab is accomplishing attacks in Kenya since 2011.

The report reads that the police officer demanded a house search and got a refusal.

When the officers were entering the house, the suspect threw a shell to police officers, wounding one of them. It made officers open fire.

According to the report, the pregnant wife of the criminal was also wounded.

The fetus and the two children of the suspected person are killed, and his wife is wounded. One of the kids, a girl, 3, got shot in the head.