Results of the early parliamentary elections in Armenia 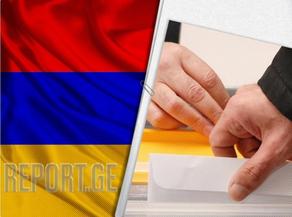 The CEC of Armenia has completed the counting of votes, the local media reports. According to reports, Nikol Pashinyan's party "Civil Contract" received 53.92 percent of the votes.

He is followed by the electoral bloc "Armenia" by the former president of Armenia, Robert Kocharyan, with 21.04 percent. In third place is the election bloc of another former president, Serzh Sargsyan, "I have honor," with 5.23 percent.

According to the CEC, Gagik Tsarukyan's party "Prosperous Armenia" received 3.96 percent of the votes.