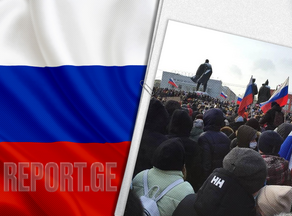 The protest rallies were underway in approximately 40 Russian cities.

Reports say the law enforcers arrested them without any explanation.

Local media outlets say that about 60 cities are hosting the protest rallies.