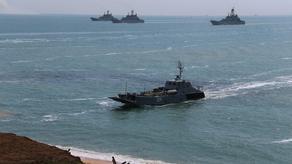 The restriction will apply to the coast of Crimea between Sevastopol and Gurzuf and off the coast of the Kerch Peninsula in the area of Cape Opuk and near the western edge of the peninsula.

Exercises of the Russian fleet are planned.

Ukraine has already protested against the decision.