Tallinn to introduce tourism tax in 2021 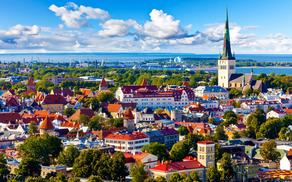 According to the ERR News, Tallinn has reached a critical point with the amount of summer tourists and the introduction of a tourist tax should be seriously considered to support the Old Town's infrastructure, Deputy Mayor Aivar Riisalu said on Wednesday.

According to Riisalu, the tax could range from 50 cents to €1 and the money raised would go towards supporting the preservation of the Old Town. At the moment, statistics on spending a tourist in Tallinn on average €80.

"The tourist pressure on the city center is so great that it requires additional infrastructure investments. The Port of Tallinn already says that the number of cruises will increase next year," Riisalu noted.

Riisalu noted that under current legislation, the local government cannot impose a tourism tax on its own, only the parliament can do so. Meaning that it will not be introduced in 2020 and in 2021 at the earliest.

He said it is not in the city's best interests to introduce new taxes, but the current situation leaves little room for other options.