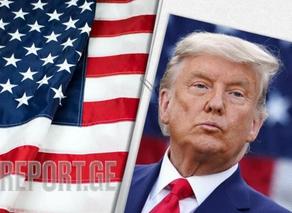 Former US President Donald Trump spoke about his merits in the fight against the pandemic during the closed party and said that the vaccine should be named after him - "Trumpcine," The Independent reports. According to Trump, the idea of "Trumpcine" was given to him by one of the supporters.

According to the publication, the 45th president of the country emphasized his contribution to the development of several vaccines and thanked the Republican governors for their support of the business during the pandemic.

Trump believes he started the rapid development of the vaccine by creating Warp Speed; however, within the framework of the initiative, only the production of the drug by the company - Moderna got funded.

Donald Trump has once again criticized former medical adviser, the country's chief infectious disease specialist Anthony Fauci, and referred to him with derogatory epithets. Earlier, Anthony Fauci said the Trump administration was fighting with each other and not the virus. Deborah Birx, a former White House coordinator, said the number of virus victims in the country would have been much lower if the Trump administration took tough measures after the first wave. Donald Trump blamed his former advisers for this.