Trump: the peak in death rate is likely to hit in two weeks 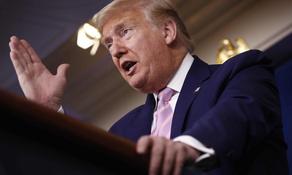 The USA President, Donald Trump, warns the population that the next two weeks are expected to be the highest point of death rates. Donald Trump shared the information with Aljazeera.

Trump promised to assign thousands of military service staff in support to the States.

The novel coronavirus has killed 8,454 and infected 311,637 people in the United States of America.