Trump twitted over 200 posts a day 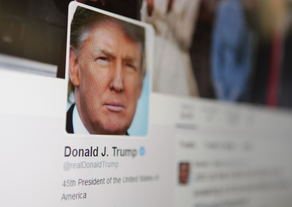 The US President shattered own record by placing 200 tweets and retweets in 24 hours, writes The Washington Times.

According to the edition, the US President twitted evert 7 minutes. Most of the content, Mr. Trump’s account put out on Twitter during the day were tweets originally posted by another user and then shared, or retweeted, by the President’s profile. The President usually dictates to his Assistant who types the posts, and Trump re-posts messages. Mr. Trump’s account on Twitter, the President’s preferred social media service, posted on the platform a total of 200 times within 24 hours

The President’s daylong tweet-storm notably unfolded as he comes under fire on two fronts as concerns over the ongoing novel coronavirus pandemic and Floyd’s death risk costing him a second term roughly five months until November’s election.

Earlier, the President record was 142 tweets on January 22.