Turkey is considering flights from Istanbul to Yerevan 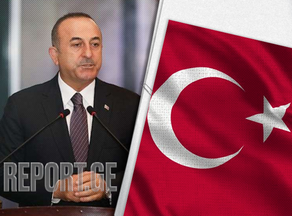 Ankara is considering flights from Turkish and Armenian airlines for Istanbul-Yerevan-Istanbul. The statement came from Turkish Foreign Minister Mevlüt Çavuşoğlu. According to Report.ge, the information is spread by Anadоlu.

The applications of the airlines will be reviewed by the Ministry of Transport and the General Directorate of Civil Aviation of Turkey.

"The attitude of the Turkish side on this issue is positive. It will be clear in the coming days which company will be able to fly on this route," Çavuşoğlu said.

After the 44-day war in Karabakh, the minister said that Turkey and Azerbaijan had sent positive messages to Armenia.

"Baku's calls for a comprehensive peace agreement with Yerevan are of particular importance. The signals also show the approach of Turkey and Azerbaijan on this issue," Çavuşoğlu said.

He stressed that Turkey supports peace, stability, and economic development in the South Caucasus.

"Our intentions are extremely open. Azerbaijan had only one goal - to return the historical lands occupied by Armenia. As a result, it is Baku that is demanding the signing of the peace agreement, which means that Azerbaijan is also extremely constructive," the Turkish minister said.