U.S. court ruled in favor of removing telegraph from Titanic 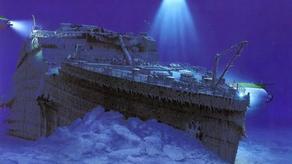 Jack Phillips and Harold Bride were sending alarm signals with this device when the ship collided with an iceberg and began to sink.

Judge Rebecca Beach Smith acknowledged that the telegraph machine has historical and cultural value. If it is not brought to the surface, it will be destroyed.