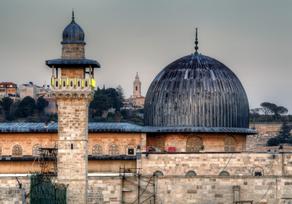 Locals say many Muslims stayed at the Al-Aqsa Mosque after Friday prayers to mark a ceasefire between Israel and Hamas.

Israeli media also writes about the controversy. According to the Times of Israel, the police raid was carried out after hundreds of young Palestinians threw stones and the so-called "Molotov cocktails" at law enforcement officers. In response, Jerusalem police "issued an order to enter the scene and deal with the rioters."

Up to 25 people were reportedly injured in clashes near the Al-Aqsa Mosque.

The ceasefire agreement between Israel and "Hamas," which was mediated by Egypt, entered into force today at 02:00.

Rocket fire between Israel and the Hamas movement lasted for 11 days.