US and China to work together on climate change 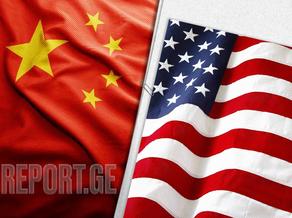 China and the United States are committed to working together to uphold the Paris Agreement on climate change, according to a joint statement issued on Sunday, just days before a leaders’ summit on the issue hosted by US President Joe Biden, foreign media say.

The statement was released at the end of US special climate envoy John Kerry’s visit to Shanghai, during which he held closed-door talks with his Chinese counterpart Xie Zhenhua ahead of the virtual summit, which starts on Thursday, Earth Day.

Xie, who was reappointed as China’s special climate envoy in February, was the country’s chief negotiator on the Paris Agreement.

The two countries had already committed to the Paris deal, which aims to reduce greenhouse gas emissions in an effort to limit the global temperature increase this century to 2 degrees Celsius above preindustrial levels, while pursuing the means to limit the increase to 1.5 degrees.

The statement was released by China’s Ministry of Ecology and Environment and the US Department of State.