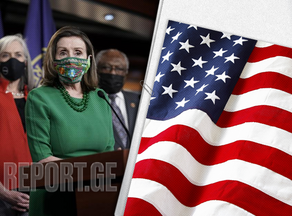 The US House passed a US$1.9 trillion coronavirus relief package early Saturday (Feb 27), hailed by Democrats as a critical step in funneling new funding toward vaccinations, overburdened local governments, and millions of families devastated by the pandemic, CNN reports.

Four days after the COVID-19 death toll surpassed 500,000 in the United States, the sprawling measure backed by President Joe Biden and seen as a moral imperative by many now heads to the Senate for consideration next week.

"After 12 months of death and despair, the American recovery begins tonight," congressman Brendan Boyle told the House chamber shortly before lawmakers approved the package on an rare post-midnight vote of 219 to 212.

No Republicans voted for the Bill.

The sharply partisan result comes weeks after Biden's Jan 20 inauguration, when he called for unity in the face of a once-in-a-century health crisis.

The package cleared the House despite a major setback for Democrats, when a key Senate official ruled Thursday that the final version of the Bill cannot include a minimum wage hike.