US Sec-Gen says US had to respond attacks 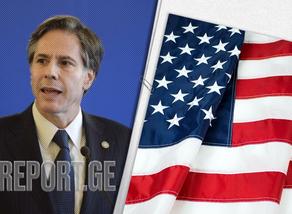 As United States Secretary General Antony Blinken told media, US experienced multiple strikes in Syria in the last 10 days and had to respond to them.

“With regard to the strike in Syria, we had on multiple occasions in the last 10 days or so attacks on our people, our position, our interests that took lives and injured others, and so we had both to respond to those attacks but also to an ongoing threat that was very clear,” Blinken said.

“And so we took this action that I think was focused, proportionate, but also effective in degrading some of the capacity that the militia in question had to perpetrate new attacks – and also to be very clear, notably to Iran, that they cannot act with impunity against our people, our partners, our interests. And I think and expect that that message was clearly received,” Antony Blinken said.