US to receive Covid-19 vaccine in December - Politico 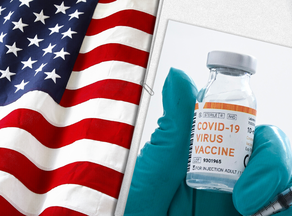 Roughly 20 million people could be vaccinated against the coronavirus in December, the head of the Trump administration's vaccine and drug accelerator said Friday, Politico reports.

Americans can expect that about 25 to 30 million people could be vaccinated each month afterward, said Moncef Slaoui, co-lead of Operation Warp Speed, during a Rose Garden event with President Donald Trump and other top health officials.

That timeline depends on the Food and Drug Administration authorized the emergency use of one or more vaccines — which could happen in a matter of weeks, Slaoui noted.

Pfizer announced promising data this week suggesting its vaccine is more than 90 percent effective and has said it will apply to FDA later this month. Moderna, which is working closely with the National Institutes of Health, is preparing to announce its efficacy data in days. An emergency-use application could soon follow, Slaoui said.