Video of the Starship prototype explosion surfaces on the internet - VIDEO

Video of the Starship prototype explosion surfaces on the internet 4 March, 2021  11:29 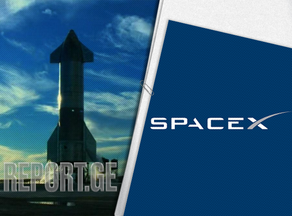 The prototype of the company SpaceX spacecraft Starship SN10 exploded a few minutes after a successful landing on the Texas test site. Video cameras recorded the incident.

The ship successfully went up to a height of 10 kilometers and moved to a horizontal position. After starting the engines, it returned to a vertical position and headed for the platform.

Suddenly the Starship found itself in a tilted position and ignited within minutes.

The probable cause of the explosion is the excess of rocket fuel. The start was carried out later than planned because of technical defects in engine operation.

Elon Musk, the co-founder of Tesla and SpaceX, said the "Starship SN10 landed safely" and hoped the Starship would be further refined in the future.

SpaceX has created the Starship SN10 spacecraft to fly to Mars and the moon and transport cargo to the planets. Up to 100 people can be on board.