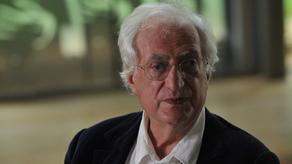 Iconic French filmmaker Bertrand Tavernier, known for such award winning works as A Sunday In The Country, Round Midnight, Capitaine Conan, It All Starts Today and Life And Nothing But, has died at the age of 79. The news was confirmed by France’s Lumière Institute in Lyon of which Tavernier was president.

The organization tweeted: “With his wife Sarah, his children Nils and Tiffany and his grandchildren, the Lumière Institute and Thierry Frémaux are saddened and pained to inform you of the disappearance, today, of Bertrand Tavernier.”

A cause of death has not yet been confirmed, although Tavernier’s friend and fellow filmmaker Claude Lelouch told France Info radio that he had been ill for some time. Lelouch called Tavernier’s passing, “a colossal loss for French cinema.”

Tavernier was born in Lyon in 1941, also the birthplace of the Lumière brothers, and was initially a film critic. He also worked as a press attaché for Stanley Kubrick before directing his first film, 1974’s L’Horloger De Saint-Paul (The Clockmaker) in his hometown.

Tavernier’s films have won several awards including the Berlin Golden Bear for 1995’s L’Appat (The Bait), a Best Foreign Language Film BAFTA for Life And Nothing But, the Cannes Best Director prize with 1984’s A Sunday In The Country and myriad Césars among others.