Details of the new season of "Sex and the City" 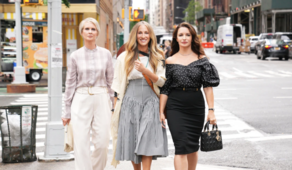 Details of the story of the TV series "Sex and the City" were spread in the media. As it turns out, the main character Carrie Bradshaw in the new TV series is trying to get over a divorce from her husband.

Although the film is about the breakups of Carrie and Mr. Big, he will not appear in the series as actor Chris Noth has declined to participate in the project.

In December 2020, rumors surfaced that the popular TV series "Sex and the City" would have another season, and Sarah Jessica Parker posted a teaser on Instagram.

A non-binary character will also be included in the sequel to "Sex and the City." This role will be played by Sara Ramirez, who in real life perceives herself to be gender-neutral.

The new series will have ten episodes, and the filming began in the spring of 2021.