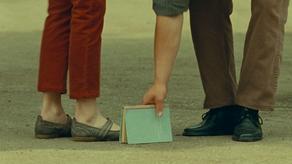 These will be the films nominated at Berlinale in different years.

The films will be shown in March and June like the festival.

The movies will be available to members of the GNFC Film Club, while the schedule is as follows:

March 6 - "The Journey of a Young Composer" directed by Giorgi Shengelaia;

March 13 - "The Sun of the Sleepers" by Teimuraz Babluani;

March 20 - "There, With Us" directed by Zaza Khalvashi;

These films have been laureates of the Berlin International Film Festival.

In 2021, another Georgian film is presented at the festival. A film directed by Sandro Koberidze, What Do We See When We Look at the Sky?, will compete for the main prize of Berlinale - "Golden Bear."